Quite a few patterns occur very frequently and one should learn to recognize them even when they are not fully complete(Then it becomes a strong possibility. Many of these patterns are part of the elliot wave. However learning these patterns and keeping them in mind will help in fast tracking the analysis.
1. HEAD AND SHOULDER PATTERN
This pattern occurs over and over again and is very easy to spot.
The basic structure of the head and shoulder pattern is given below. 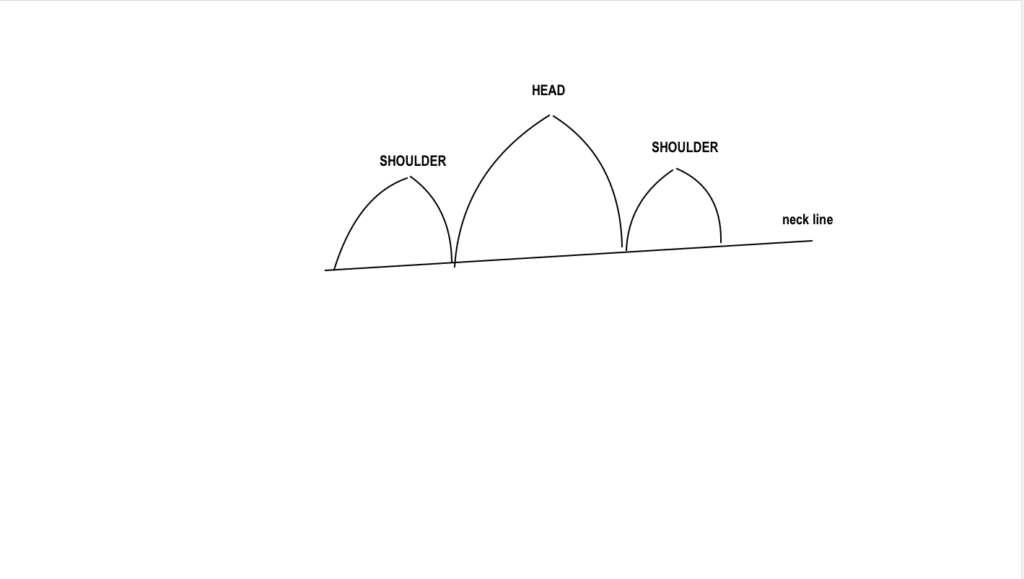 This can occur both in both uptrend and downtrend. One particular inverse head and shoulder which was very apparent was in the nifty chart given below 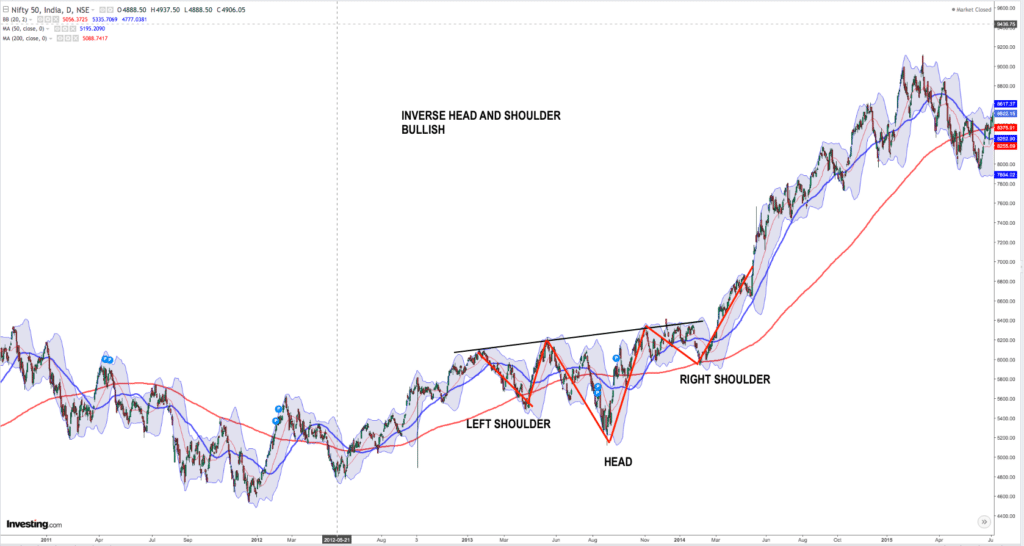 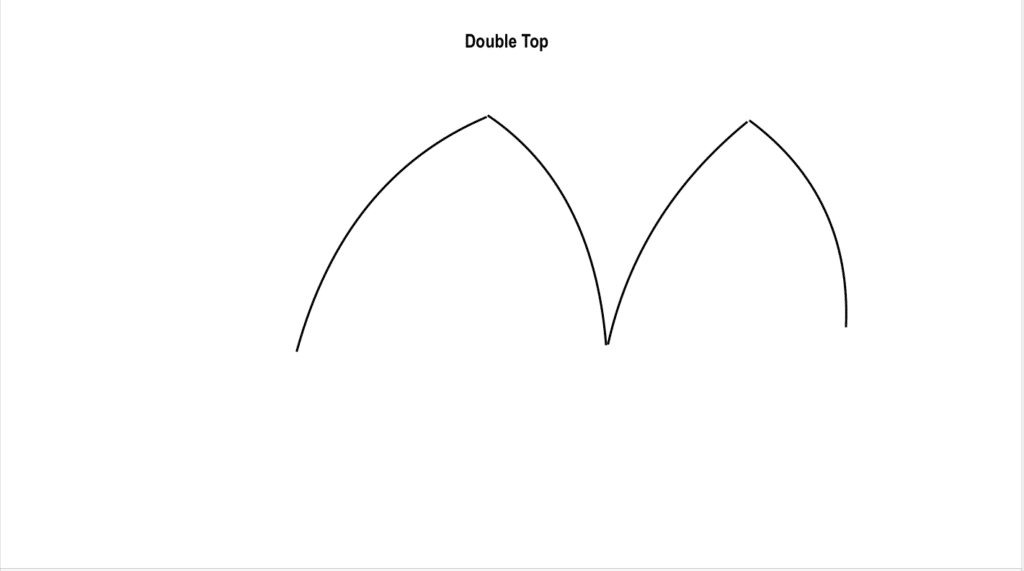 A double top is a trend reversal pattern. The opposite of this will be a double bottom which occurs after a down trend is finsihed. 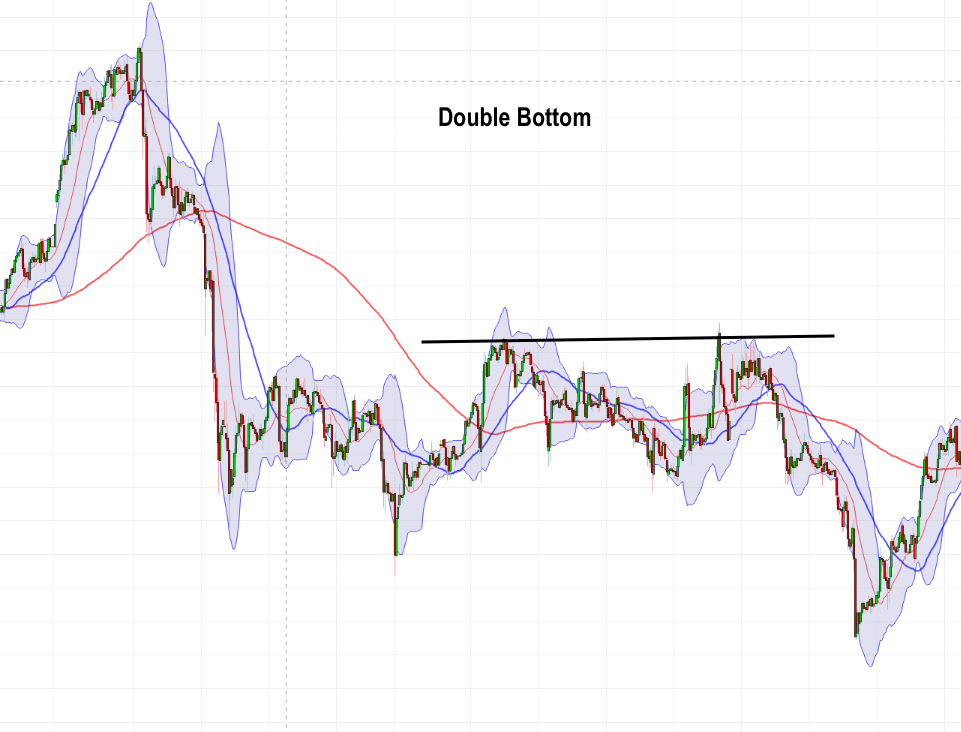 A perfect rounding bottom as shown below is hard to come buy and is very rare. Normally you may have bottoms which are not as perfect as below. However whenever one sees a rounding bottom,

one can expect the possibility of a rise. 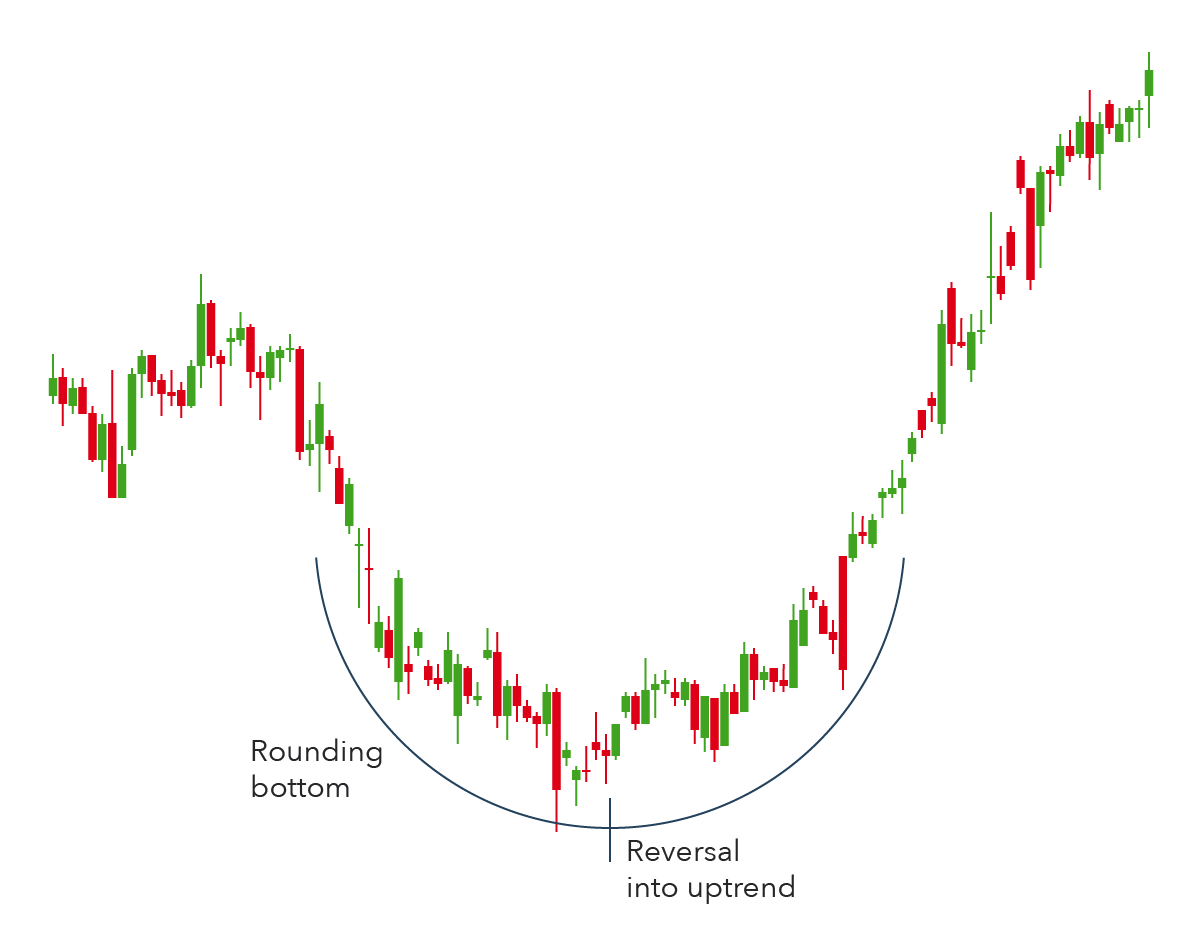 The cup and handle pattern is a bullish continuation pattern that is used to show a period of bearish market sentiment before the overall trend finally continues in a bullish motion. The cup appears similar to a rounding bottom chart pattern, and the handle is similar to a wedge pattern – which is explained in the next section.

Following the rounding bottom, the price of an asset will likely enter a temporary retracement, which is known as the handle because this retracement is confined to two parallel lines on the price graph. The asset will eventually reverse out of the handle and continue with the overall bullish trend.

Wedges form as an asset’s price movements tighten between two sloping trend lines. There are two types of wedge: rising and falling.

A rising wedge is represented by a trend line caught between two upwardly slanted lines of support and resistance. In this case the line of support is steeper than the resistance line. This pattern generally signals that an asset’s price will eventually decline more permanently – which is demonstrated when it breaks through the support level. 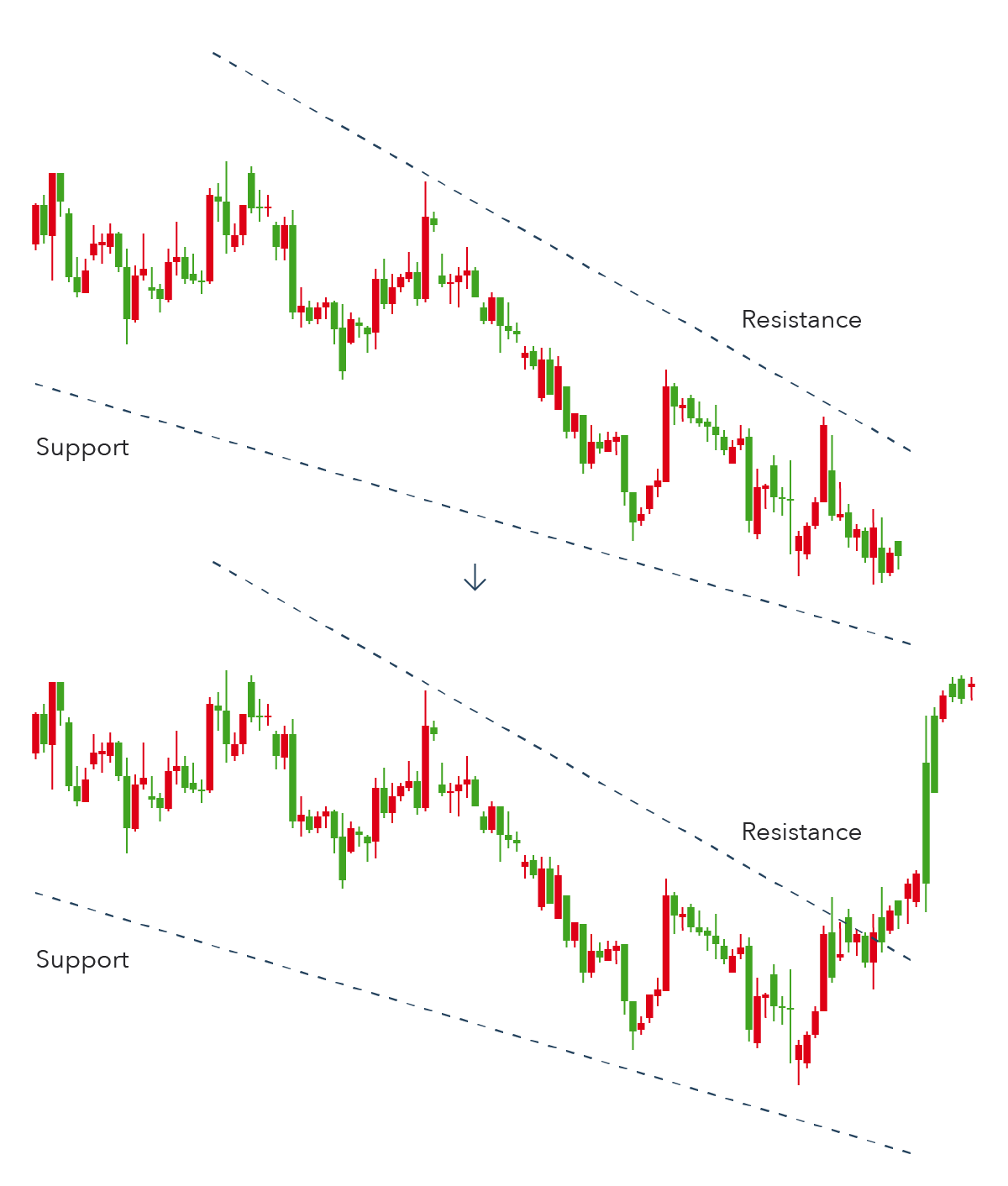 A falling wedge occurs between two downwardly sloping levels. In this case the line of resistance is steeper than the support. A falling wedge is usually indicative that an asset’s price will rise and break through the level of resistance, as shown in the example below. 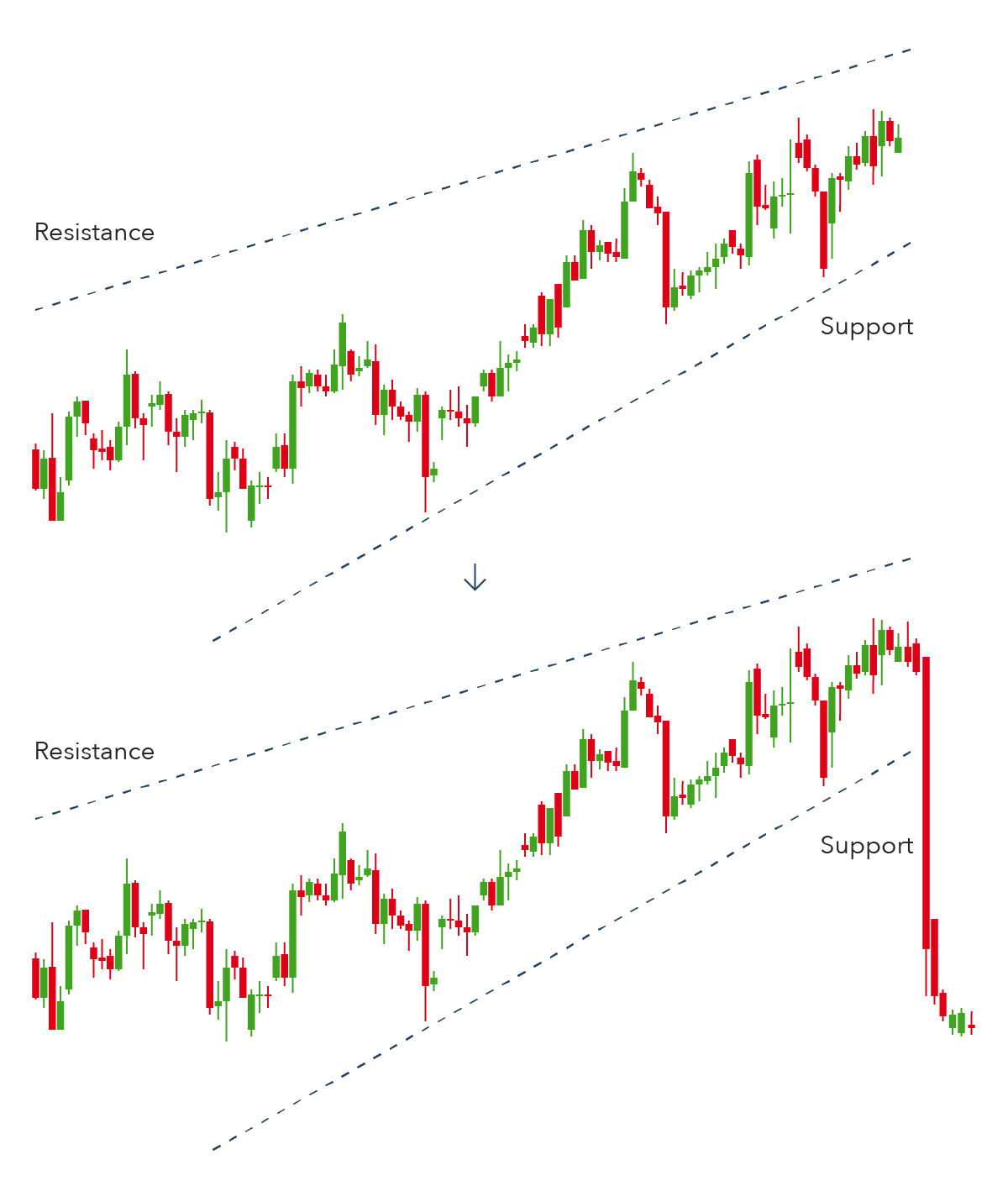 Pennant patterns, or flags, are created after an asset experiences a period of upward movement, followed by a consolidation. Generally, there will be a significant increase during the early stages of the trend, before it enters into a series of smaller upward and downward movements. 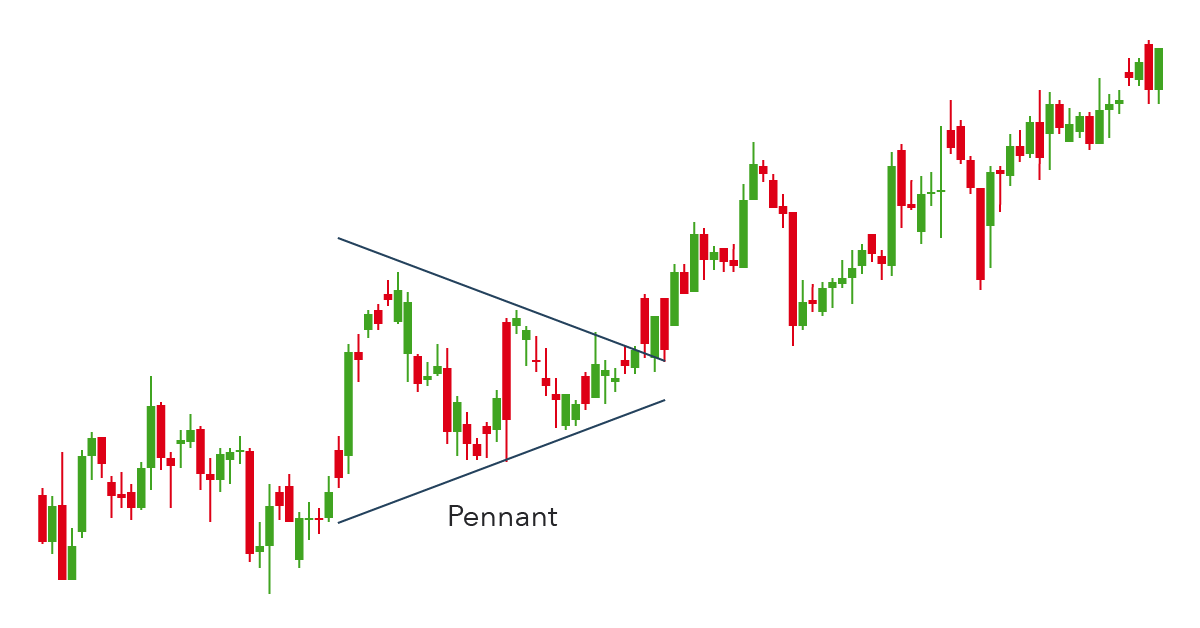 Pennants can be either bullish or bearish, and they can represent a continuation or a reversal. The above chart is an example of a bullish continuation. In this respect, pennants can be a form of bilateral pattern because they show either continuations or reversals.

While a pennant may seem similar to a wedge pattern or a triangle pattern – explained in the next sections – it is important to note that wedges are narrower than pennants or triangles. Also, wedges differ from pennants because a wedge is always ascending or descending, while a pennant is always horizontal.

Ascending triangles often have two or more identical peak highs which allow for the horizontal line to be drawn. The trend line signifies the overall uptrend of the pattern, while the horizontal line indicates the historic level of resistance for that particular asset. 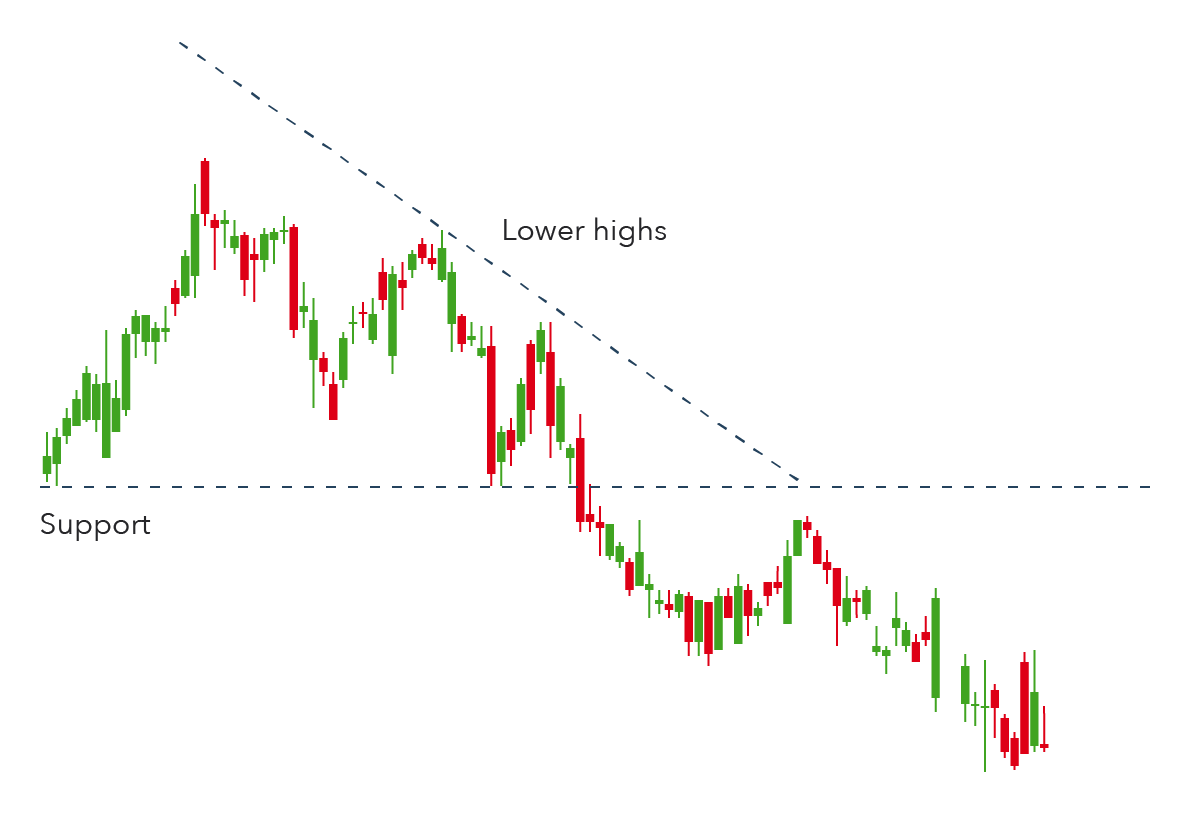 Descending triangles generally shift lower and break through the support because they are indicative of a market dominated by sellers, meaning that successively lower peaks are likely to be prevalent and unlikely to reverse.

Descending triangles can be identified from a horizontal line of support and a downward-sloping line of resistance. Eventually, the trend will break through the support and the downtrend will continue.

The symmetrical triangle pattern can be either bullish or bearish, depending on the market. In either case, it is normally a continuation pattern, which means the market will usually continue in the same direction as the overall trend once the pattern has formed.

Symmetrical triangles form when the price converges with a series of lower peaks and higher troughs. In the example below, the overall trend is bearish, but the symmetrical triangle shows us that there has been a brief period of upward reversals. 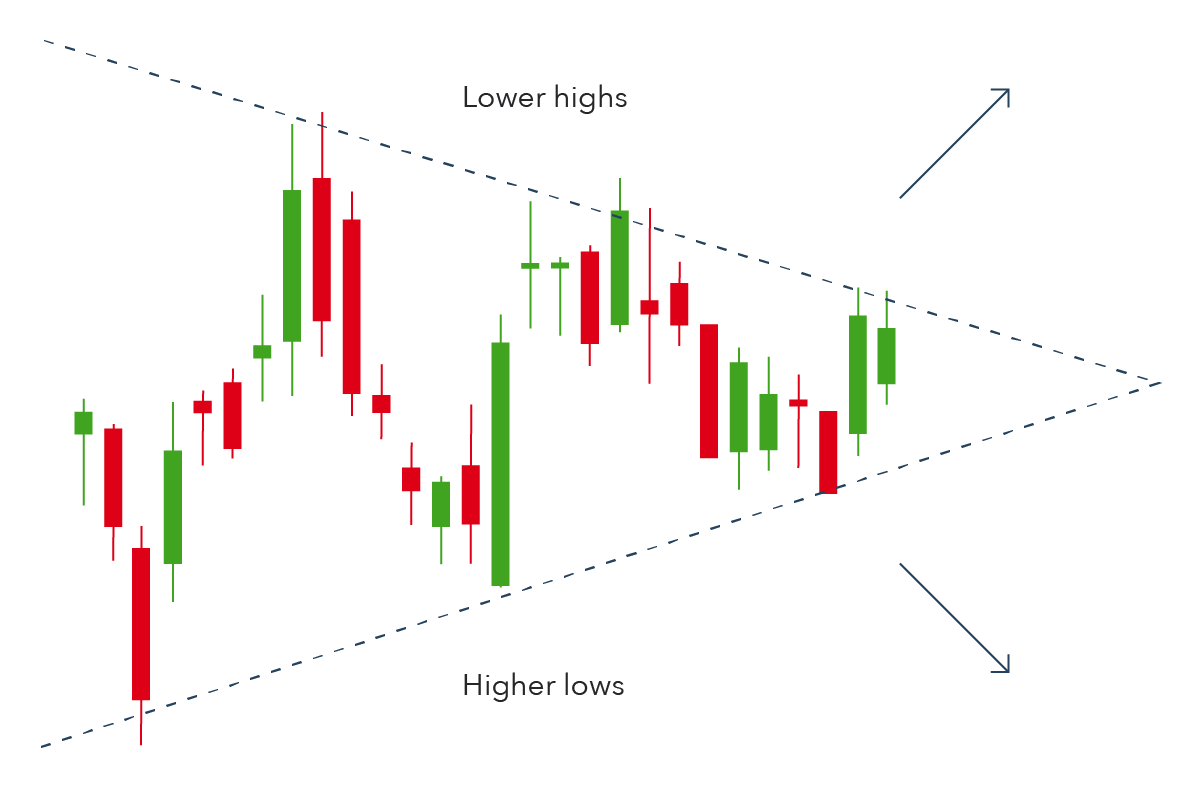 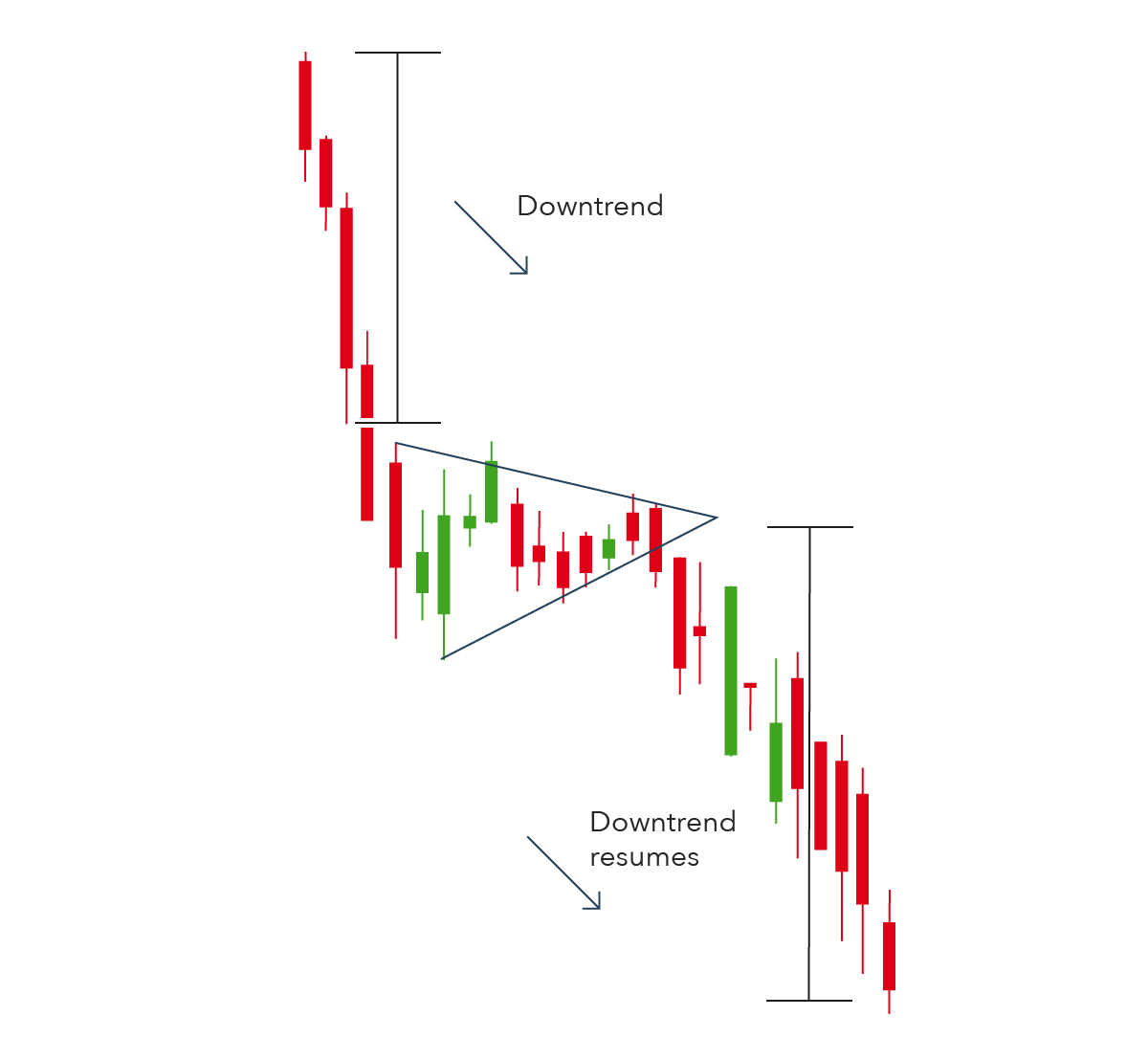