In my last article dated 21st feb , i had stated that the markets have come up almost 100 percent from the lows of last year. In the elliot wave marking i had also marked the ongoing wave as the last 5th wave.
With momentum I had expected this last wave to move up and give another 5 internal waves. However the abrupt fall (even though event based- bond yields in usa going up and FII shifting their ammunition ) has raised some serious questions. 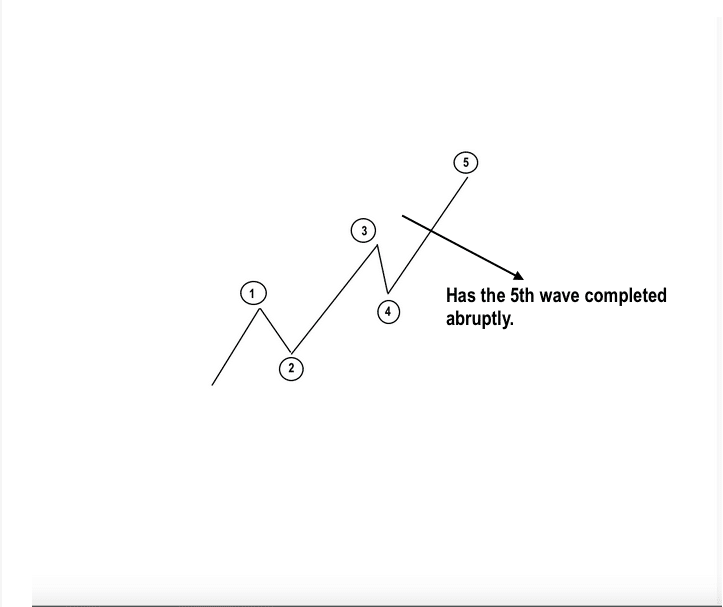 If the sudden fall like the one on friday had come at the begining of the wave 3 just after wave 2 had been completed, this fall would not have warranted much attention. However coming , at the start of wave 5 , a big fall as at present raises some serious questions.

HAS THE 5TH WAVE COMPLETED ABRUPTLY.

As discussed thoroughly in my article dated 21st, as per the wave theory we have 5 waves going up in an impulsive move. The waves 1, 3 and 5 are moving up and waves 2 and 4 correctives. Each move up can further subdivide into 5 waves.

The question now arises – has the last 5th wave finished. or will the present down move finish somewhere above the last completion of wave 4 AND THE BULL RUN AGAIN COMMENCES.

I had also discussed in my last article , not to take any new positions in the present stage of the bull run and book profits where ever you can, inspite of the ongoing upward momentum. This advise still stands from my last standpoint.

From purely the wave perspective, there are two levels which become of extreme importance. These levels are marked on the chart below 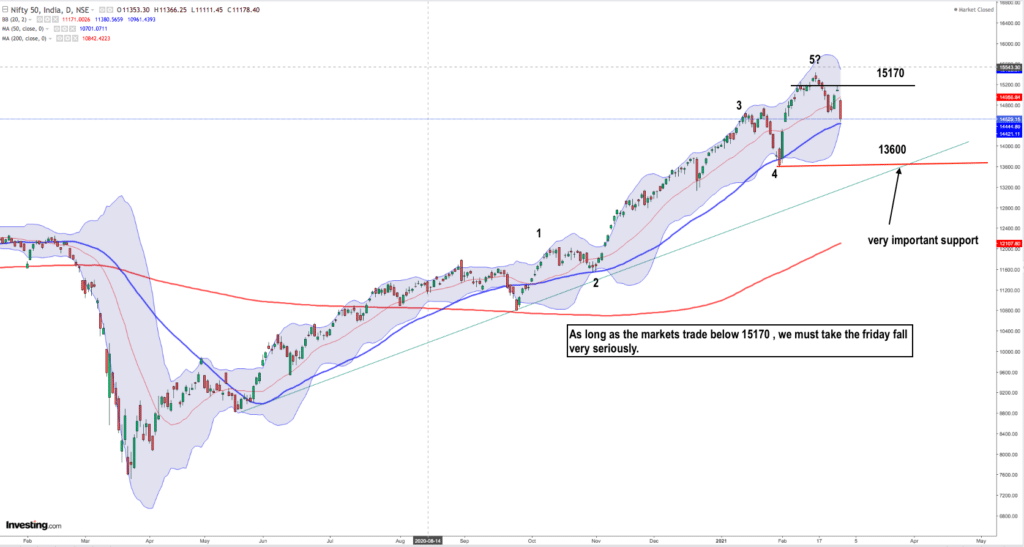 The price action in the next 2-3 days between the two levels marked will decide if we are at the extreme top or this was an intermediate correction.