In my last post I had mentioned the markets being at crossroads , where the markets were resting almost on the 50 day moving average(A trigger for upmove or collapse on the computerised softwares.(Algorithms)

The rise on the nifty, sensex and the bank nifty was astronomical with some SBI , ICICI rising above 10 percent in a single day. On the wave count we had a completion of the down wave.

So now we have three factors going for markets rising (with volatility) to originally stated level of 15000.

However to sustain above the previous level of 13661 should not be broken. 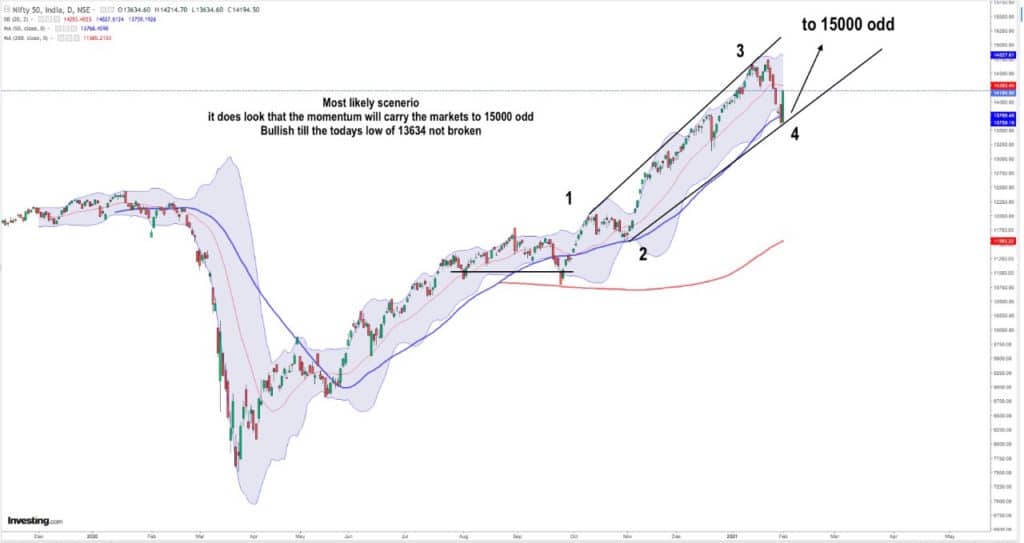 I will be shortly putting up an article on ‘How the markets have become a casino ‘ and why long term investors have always won till now. In this I will explain how the margin money (Satta bazaar) also plays a big part in moving the markets up or down.