Channeling is one of the most important tools available for chartists. This is used in the continuation of the upward or downward trent , as part of a trend following strategy. However it is not a definitive method as there can be multiple retests of the channel lines.

It should be borne in mind that the markets can test the channel lines multiple times AFTER BREAKING. This is of great relevance as this can create lot of losing whipsaws. 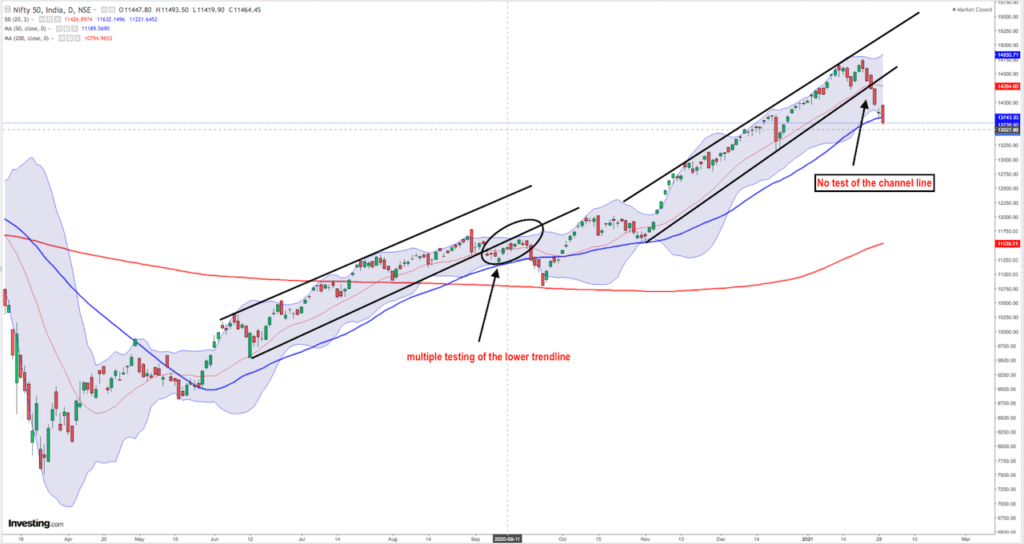 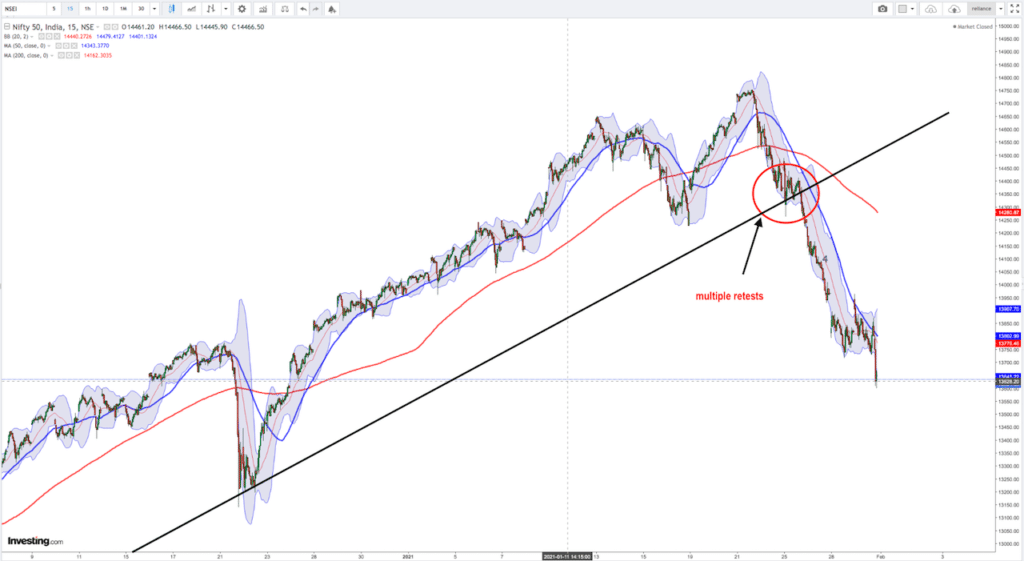 The multiple tests and the subsequent fall -how much lower or the markets can go , is a matter of many parameters which we will discuss in forthcoming lessons. 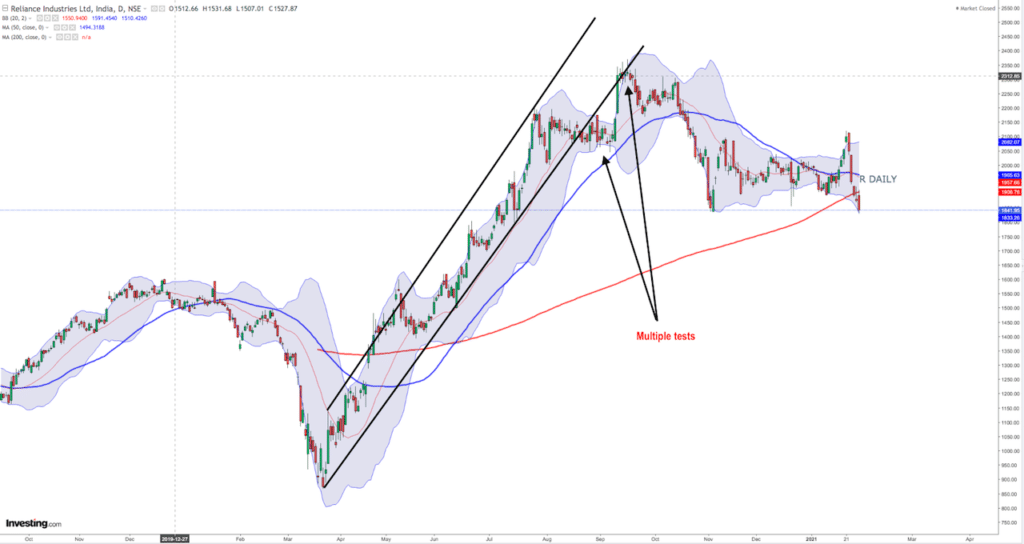