Lately there has been a lot of volatility in all segments of the markets. Volatility normally indicates a reversal.

Also , all markets need to follow a pattern which is dependent on each other. Gold normally rises when the usd falls, Dow jones and the indian markets NORMALLY go in tandem. However Nasdaq movements have at times been varying from Dow jones.

We will discuss the technical aspects of four segments in this article together which may help the readers to draw their own conclusions. 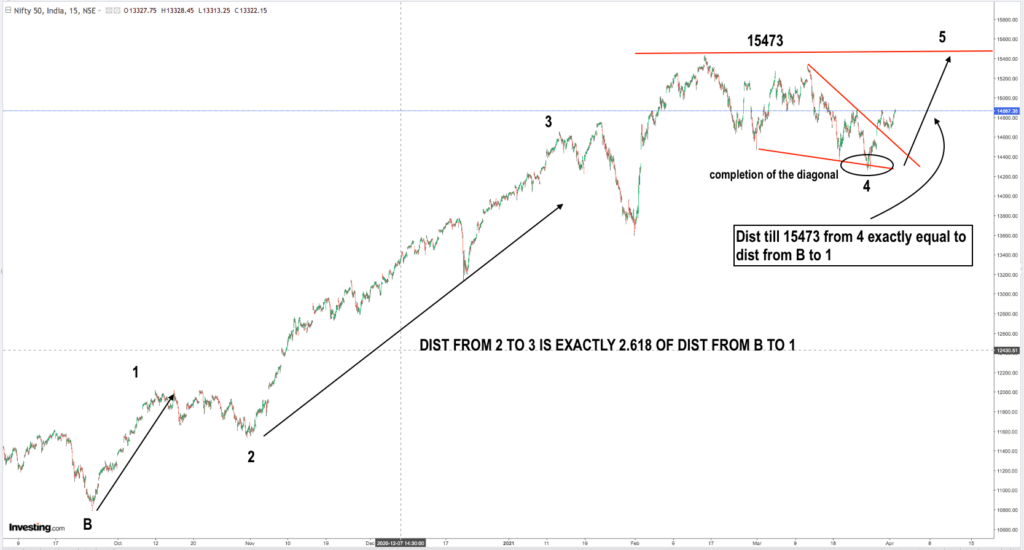 In effect it means that the medium term bullish upswing MAY have started. We are also presuming that the point of completion of the diagonal marked in red, signifies the completion of wave 4 and the upswing to start as wave 5.

Wave 5’s are normally equal to wave 1 which puts a target to 15473 which is just a little higher than the previous high. 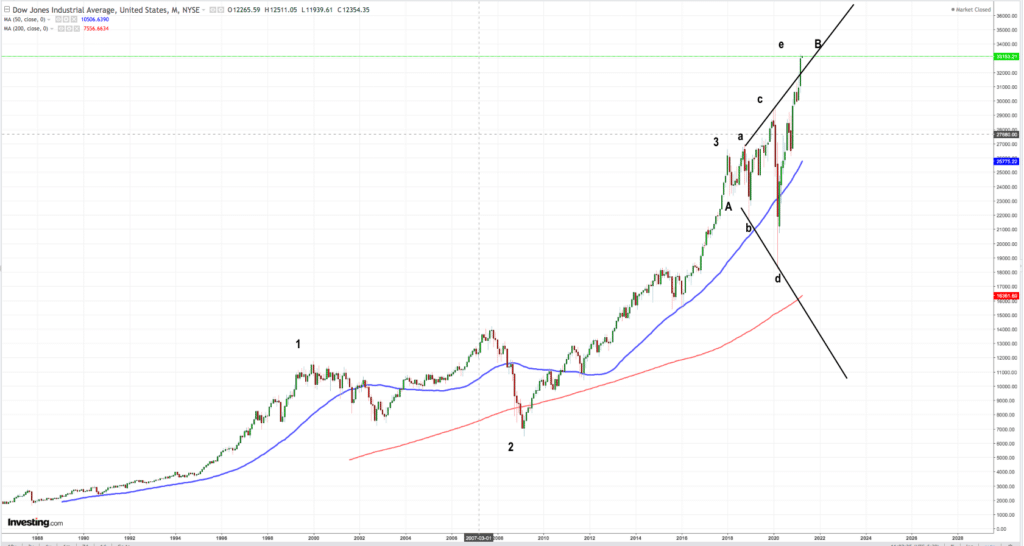 Now a zoomed in view of the 5 wave expanded triangle below. 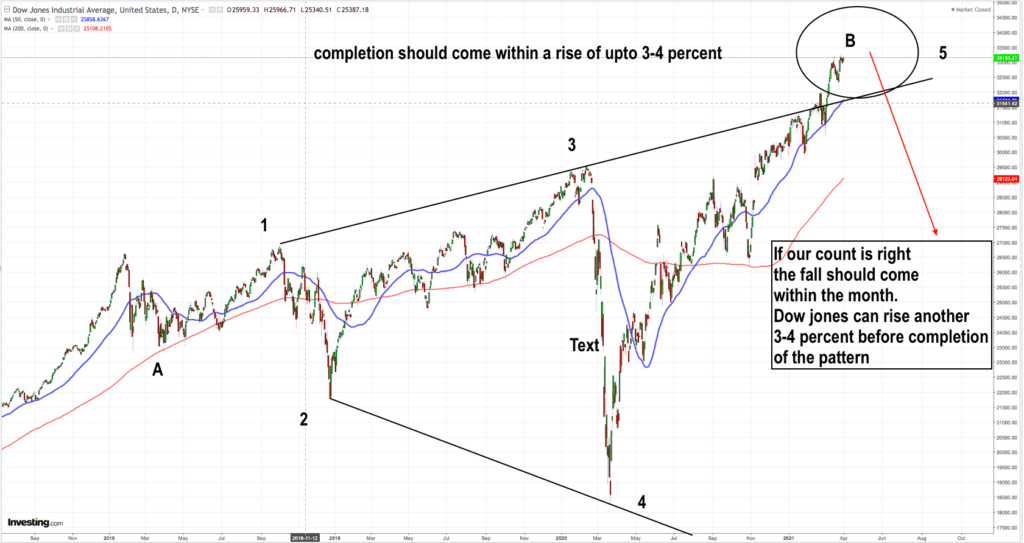 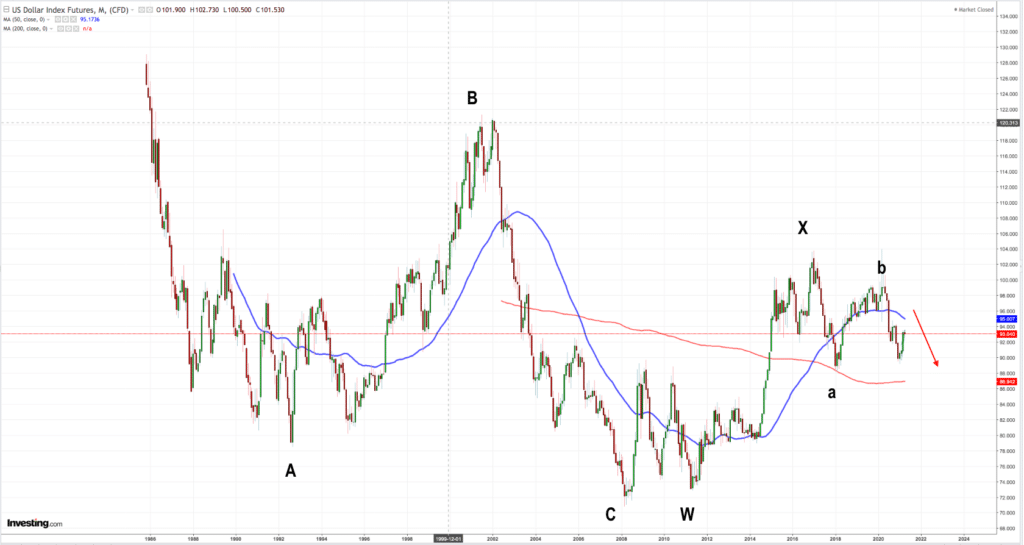 Most likely we should see a gradual ratchet down of the Dollar index.

See below for the zoomed in graph 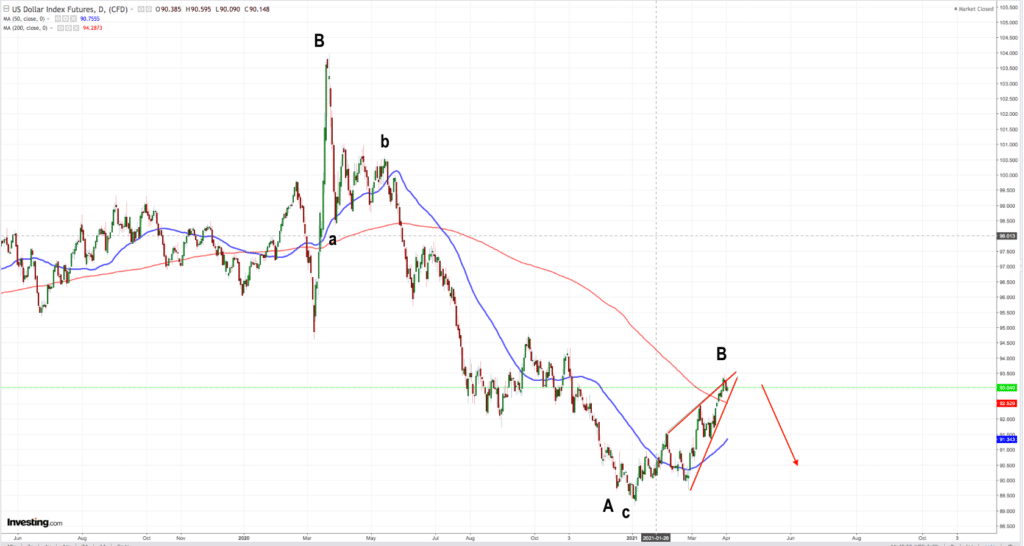 Gold has been in a corrective now since long. This correction has been assumed as a bullish flag pattern in which the last leg had been still continuing. (At times it may give a wrong indication as the waves can subdivide.)

However now with all things considered the bullish flag correction last leg may be just getting over. However the follow up price action of the same may be required . 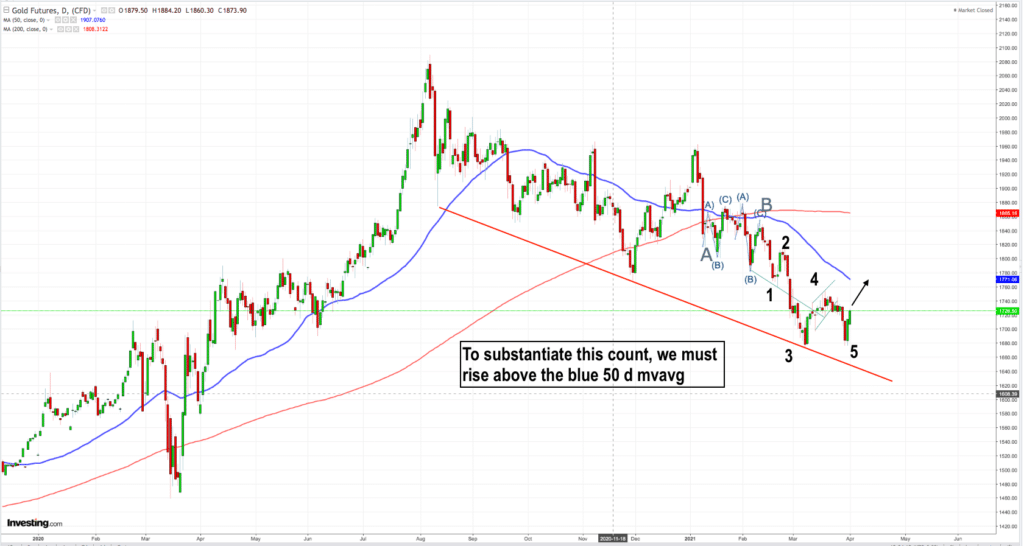