Below analysis is given based on the elliot wave theory. This analysis is given free of cost . The wave theory is subjective in nature and based on predicting crowd sentiments and at time may vary from fundamentals of the markets. Therefore prior investing please consult your certified financial consultant.

The markets have by and large behaved as per the wave analysis.
In our last update we had mentioned a medium term upswing evn to the previous high of 15473. Although the markets have sustained and risen since last week, the price action has now changed the wave count as below

The markets have most likely formed a top at 15473. Markets MAY OR MAYNOT reach that point now. In the three charts below , I have tried to give the possible route the markets may take in its correction downwards.

It must be noted that although we are calling for a eventual correction till sub 13500 levels, this correction will come with lot of upswings and will take a time period of at least 4-6 months. Once this correction is over, we MOST LIKELY will begin a multiyear Bull RUN.

As explained earlier too, your investment strategy will depend on whether you are a investor or trader(different yardsticks in investment) . 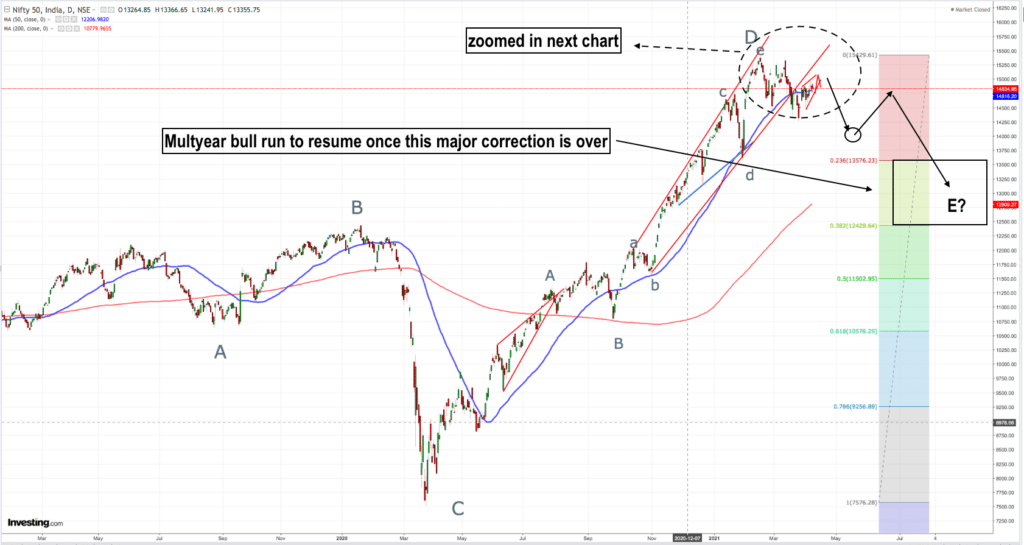 As shown above the markets MAY get an upswing on monday/tuesday which may not sustain for long.(shown by red arrows)

This is more clearly shown in the further zoomed chart below 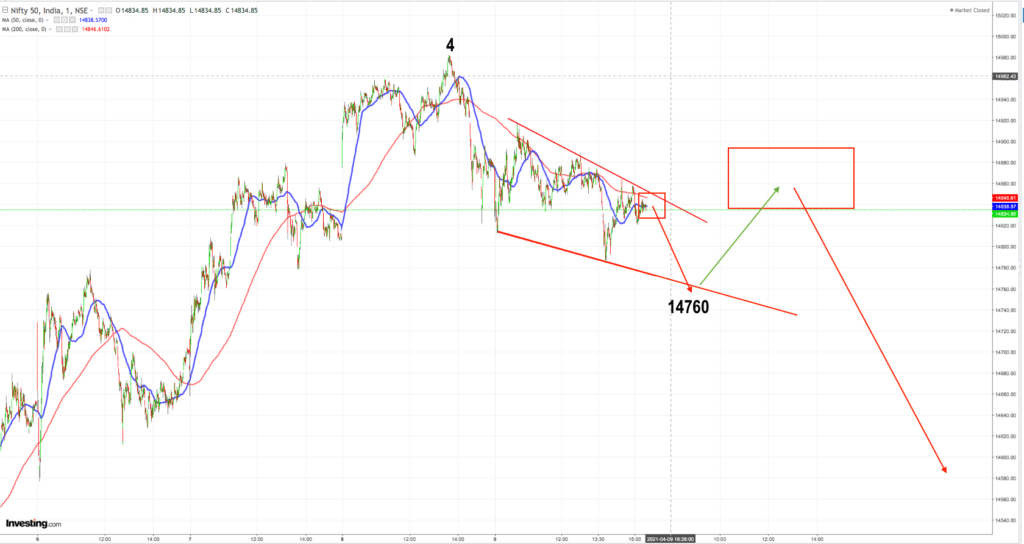 Standard Disclaimer– All views expressed above are for educational purpose of the elliot wave theory. Above must not be used to do trading or investing.